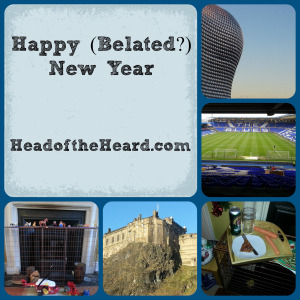 Things I will write about. Soon. Honest.

Ok, so it might seem a bit late to wishing you everyone a happy new year.  But it feels exactly right to me because now that carnival is out of the way the year has really begun here in earnest here in Curitiba.  My teaching schedule is pretty much set for the next few months, Mr T is back at school and life is returning to some sort of normality after a hectic holiday period.

It’s been a while, but it is also time to resurrect my ramblings and memories of bringing up a bilingual child in Brazil.

Over the next few weeks I am going to be writing about our recent trip to the UK and the effect it had on our son’s English.  As well as his English changing, our son also had a depressing encounter with Father Christmas, a trip to see a first football match that hopefully won’t put him into therapy for the rest of his life and a not-so-successful fancy dress party.

It wasn’t all bad though, as we tried some wonderful curries, played in the snow and were visited by a much better Father Christmas 3 times!

I hope to tell you about the difference between mouth-stories and eye-stories, and why they are both equally important, how Mr. T’s musical tastes are developing and why his growing obsession with super heroes is turning him into a proper little consumerist.

And now that we are back in Brazil I’ll try to describe some of the not-so-obvious differences I noticed between life in Brazil and Britain, as well as trying to make some sense of the corruption scandals, demonstrations and plunging economy that we seem to be facing here.

So lots to look forward to, if I can just find the time to do it all some justice.