“Imagination will often carry us to worlds that never were.  But without it we go nowhere.” Carl Sagan One of the joys of being a parent (and there has to some sort of valid reason for putting up with the sleepless nights, non-existent social life and gross financial costs) is getting to watch up close how your child develops step by step from that small bundle of joy into, eventually, an adult.  I am particularly lucky in that respect as my job allows me lots of flexibility so I can take an active part in his development and even write about it here.

One of the things I recently wrote about was how Mr. T’s language skills are developing in that he can now make jokes and play with his language.  This language development shows his increased capacity to imagine other possibilities and to make them seem ‘real’.  But it is not just in his language that Mr. T is exercising his imagination, it is also in his actions and his games as well.

One of the ways in which Mr. T demonstrates his increasing capacity to imagine different worlds is when we play our dogs game.  I usually initiate this game by crawling around on all fours barking like an angry dog.  Mr. T will sometimes join me and we crawl around the floor with him in front barking.  The interesting thing here is that he barks in Portuguese, saying ‘au au‘ and I bark in English saying ‘woof woof’.

The other possibility is that Mr. T will run away from me giggling and shouting ‘sai au au!‘ (‘get off woof woof!’).  He runs into our bedroom and hops up onto the bed laughing all the time and waiting for me, or the au au, to arrive. As soon as I crawl in growling and barking his giggles hit a new pitch of delight as he tries to get past me and run into the living room.  I then have to hunt him down agin in the living room whereupon he runs to the bedroom again.  And again…and again.

I may have mentioned once or twice before that Mr. T has an obsession with all things mechanical and vehicular; cars, lorries, planes and trains will all keep him entertained for hours.  The other day I noticed that he had put his chairs in row, one behind the other.

I was just about to put them back around his table when he shouted at me to stop.  He came up to the chairs and told me they were a ‘wee wee choo choo’ or train.  He then showed me that I had to sit on the back seat while he sat on the front one a ‘drove’ us around the room. Mr. T is so obsessed with cars, trains and busses and whatnot that he will often demand you draw him a picture of a blue bus or a mommy car.  It is no longer enough to just draw the bus, though, we also then have to draw passengers in all of the windows.  Once we have done this, Mr. T will proceed to tell you who is sitting in each window.

He also does this with some of the books that we read to him.  For example in his book Amazing Planes he names all of the passengers or the pilots or the cabin crew as people he knows from our families.

He will also interact with books by pretending to eat or drink any food that he can see, or even giving it to mamãe or daddy to eat.

I know that this is a stage that every child goes through and I am not claiming that our son is unique.  It is pretty amazing to think though that only a few months ago he almost never showed any examples of his imagination running wild.

Who knows what worlds he will be able to visit in the future.  All I know is that I must do everything possible to ensure that he doesn’t have to stay in this one all the time. 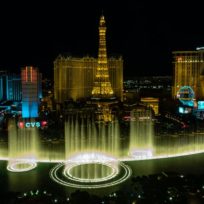