Last Wednesday I was (un)lucky enough to get a ticket at the last-minute for the England Uruguay game in the Arena Corinthians in Sao Paulo for both teams’ second game of the World Cup.  I was very excited to get a ticket as I had thought I wasn’t going to be able to get to any of the games in person and I have never been to any World Cup game anywhere.

I was even more excited because it was England playing in a game they had to win to stay in the competition.  After their encouraging 2-1 defeat to Italy in the opening game I was convinced that we would be able to play well against Uruguay and get that much-needed win.

It just goes to show how much I know about football.

But the day was still a success.

The atmosphere, organisation and help of the volunteers was obvious from the moment we got to the metro station. Lots of singing and colour all the way on the train and then, when we got out of the metro station, the noise only intensified.  We had a bit of a walk to get to the stadium itself and we had to run the gauntlet of various Bible bashers loudly proclaiming that Jesus loved us, but in no time at all we were at the stadium entrance.

The people I was with all had tickets to an executive box, but I had a normal ticket on the other side of the stadium.  Instead of heading for my seat I decided to chance my arm and see if I could get into the executive box, fully expecting to be told in no uncertain terms where to go.

I got through the first turnstile without any difficulty, but that was normal as it was just to get into the area immediately surrounding the stadium.  We then walked into the building where the first member of our group showed his ticket, but without asking to see anyone else’s ticket we were directed up some steps.  At this point the process repeated itself and we were directed up some further stairs.

When we got to the top there was a bit of confusion with lots of people coming and going at the same time.  I could see a desk where I knew we were supposed to go to show our tickets, but we decided to walk past it and see what happened.  Nobody said a word and, before I knew what was happening, I was in the box.

The view was amazing!  We were right in the corner of the ground and from that angle the pitch looked smaller than normal.  After a quick look around I helped myself to the first in a long series of free glasses of champagne, beer and plates of food.

At one point somebody came over to ask why we didn’t have pink wristbands and my friends explained that we hadn’t been given any.  I thought my game was up and quickly finished off a glass of champagne thinking I was going to be asked to leave.  However, once again, one person from our group showed his ticket and we were told it would be a good idea to go back to the desk and get our wristbands to avoid any confusion.  My friends went, but I stayed, put my jacket on to hide the absence of a wristband, and enjoyed the hospitality.

It was a good day out and a great experience.  The only thing lacking from the whole day was an England victory, or at least a good performance.  Maybe next time in Russia? 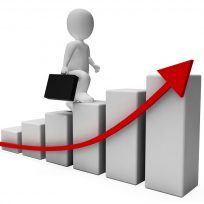 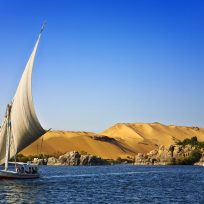