Home » Blog » In Brazil » Expat in Curitiba » No Pyjamas None of them will do

The weather has changed again in Curitiba.  We have glorious autumnal days without a cloud in the  clear blue sky.  If you are in the sun the temperatures can reach up 24 or 25 degrees Celsius (that’s about 77 degrees farneheit for everybody using the old antiquated system).  Walking around the city is a distinct pleasure and I often have the feeling of being very lucky to live here.

As soon as night falls, the temperature falls.  On Wednesdays I have an early class and so I leave home at 6.30am, just as the son is coming up.  There is a street thermometer just around the corner from the flat and it said it was 4 degrees.  Very chilly.  I am never sure if I believe this street thermometers or not.  It felt quite cold, but not as low as 4.

The colder nights have coincided with a brand new phobia for Thomas: pyjamas.  I have no idea why, but all of a sudden he doesn’t want to wear his all-in-one pyjamas.  He screams and shouts  as soon as he sees them.  He has at least five sets of various colours, designs and material so the first time this happened I got all of them out and asked him which one he wanted.  The answer was obvious when he picked them all up and threw them back in the drawer. (I thought this was cool.  If it had been me I would have thrown them out of the room, but with him being a mini-OCD he threw them all back where they belonged.)

I managed to find a compromise by putting two layers of normal pyjamas on and then a long-sleeved t-shirt with a car on it over them.  This seemed to pacify him enough to get him to bed.  I tentatively tried again the following night, but as soon as he saw the big pyjamas he was off again so I quickly resorted to the previous night’s ploy.

The problem is though that the compromise leaves him open to his other great problems: he is incapable of keeping socks on for more than 10 minutes and he always throws his blankets off during the night.  With the last few nights being so cold he has woken up with ice-cold feet, and this has meant a runny nose and sneezes in the morning.  I think I might have to tape his socks to his feet tonight.

There is always a bright side, though and on this occasion it is the fact that  the tantrum seemed to wear him out and he was asleep within minutes. 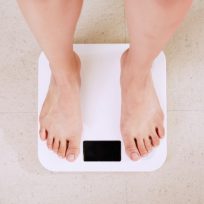 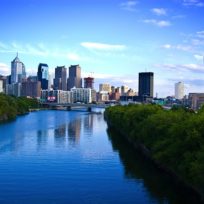