The Fields of Athenry On our recent holiday we went to Ireland for a few days.  It is about 10 years since I was last there and my wife hadn’t been since she was a kid.  We stayed in just outside the town of Athenry, the biggest town close the village of Attymon where my dad comes from.  We stayed in a hotel called Caheroyan House & Farm, which is literally in The Fields of Athenry.

The place could do with a bit of TLC, but it was the right place to stay because of Thomas.  It gave him the chance to get out an about and see donkeys, cows, dogs and horses.  There was plenty of space for him to play without us having to worry too much.  He was in awe of the donkeys: at first we fed them with grass but when we got some carrots for them he was beside himself.  He kept trying to tell us that he had fed the donkeys but just couldn’t get his words out.

No matter how great the donkeys were, though, nothing could compare with the tractors.  There were some toy tractors that he could sit on and play with, but once my brother took him up onto the big blue working tractor that was it.  Every morning he wanted to go and sit on it and drive it.  I think we could have just left him there in the morning, gone away for the day and come back in the evening and he probably wouldn’t have noticed.

We can now add tractors to the list of things he is obsessed with, to go along side busses planes and trains.

We did a bit of drinking in the town as well.  One of the pubs, the Square Inn, is owned by the husband of one my dad’s

cousins so we spent a couple of nights there.  I heard one of the greatest stories ever about a photograph in which practically everyone was dead, including one man who was killed by a horse in a medieval themed hurling match.  I haven’t laughed so much in years.

One thing that I really wanted to do was to show my wife my grandparents’ old house where my dad grew up and I spent a couple of weeks every summer.  It has been abandoned since he died and is now in a sorry state.  As we drove around Ireland it was noticeable how many ruins of old cottages there are and this one might soon be another ruin to add to them.

We also did a bit of sightseeing, including going to Connemara and The Burren.  While we were on the way to the Burren we stopped off at a small beach for a walk around.  unfortunately my wife hadn’t been able to come with us because she had some work to do and my Thomas had fallen asleep.  This meant that they missed out on a very rare ting in Ireland: a visit to the beach when it is sunny.  This photo is the only proof that it actually happened and I swear it isn’t doctored. While it was sunny it was also bitterly cold.  There was a very sharp wind and one night it got dow to about 3C.  With my beer jacket on this wasn’t a problem and it even gave us an excuse to burn some peat and create the smell that I remember from many a wet and cold summer holiday. 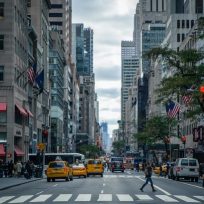