Home » Blog » Family Life » What Does Christmas Mean to a Two-Year-Old?

What Does Christmas Mean to a Two-Year-Old?

What does Christmas mean to you?

To me, it isn’t such a big deal.  I am not some Scrooge-like figure who bah-humbugs his way through the holiday season, wishing everyone would just go back to work and stop enjoying themselves, but it has lost some of its lustre.

I think the reasons for this are partly because I now live in Brazil and celebrating Christmas in the 40°C heat just doesn’t remind me of all the wet and cold Christmases past.  It is also due to the fact that I am now self-employed, so I don’t have the shared anticipation of holidays and parties with colleagues.

But what does Christmas mean to my two-year-old son?

The answer to this question is far from clear, although if I had to make a guess it might be something along the lines of ‘ho ho ho’ and long afternoon naps.

A couple of months ago Father Christmas started to make his first appearances in the shopping centres in Curitiba, and so as dutiful parents we took Mr. T along to meet one.  The reaction was pretty much as I expected in that he was fascinated from a distance, but as we got up close to the strange man in a red suit with a big white beard, he just clung on to me for dear life.  He was almost scared to death just being within 10 metres of Santa, nevermind actually going and sitting on his lap.

Over the last two months, though, he has seen thousands of images of Santa around the city, in school and now that we have put our decorations up, at home as well.  His name for Santa is ‘Ho ho ho’ and he takes great joy in pointing at him and saying ‘Daddy, ho ho ho, da?’ (‘Da‘ means ‘yes’).  Near where we live there is an old train carriage with an advert of Santa holding a big bottle of Coke and every time we go past it I hear ‘Daddy, pee wee choo choo, ho ho ho, da?’  I love it!

The extra afternoon sleep is due to the fact that the day care school that he used to go to has closed for the holidays and so he gets to sleep after lunch instead of going off to sing songs and play in the Wendy house.  Just like his mother, if left to his own devices he would sleep for hours on end.

I don’t think he has any idea of what is going to happen in a few days when he gets loads of presents for no apparent reason whatsoever.  Being the only grandson on both sides of the family he often gets presents at random times of the year, but not a whole lot of them together and at the same time.  I am pretty sure he’ll remember it for next year though, when the fun really will begin.

My favourite Christmas song: ‘White Wine in the Sun’ by Tim Minchin.

What does Christmas mean to you?  What does it mean to your family?  I’d love to hear your ideas in the comments below. 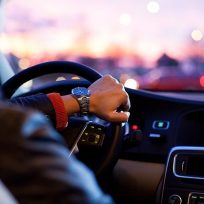