If Mr. T were ever to be a good footballer he would be able to choose on of 3 countries to play for.  If he were very good, he could choose to play for Brazil because that is where he was born.

If he were average he could play for England because that was where I was born.

If he were distinctly below average he could play for Ireland because that is where he dodo (granddad) was born.

I am happy to report that at the moment it looks like he might have some of the skills necessary to actuallyplay for Brazil.

I am not talking about his first touch, passing ability or shooting skills.  When we play with a football together and he is more likely to pick it up, sit on it or completely miss it as actually hit it with his foot.  He certainly has nothing on Maradona’s grandson seen here when he was two years old.

I am not talking about his energy levels and his ability to run for a whole game.  It is true that he has a lot of energy and loves running after tractors in the park, but I don’t think he is any different to most toddlers.

He does, however, have that one ability that it seems is increasingly important in the modern game.

In order to make sure he practises this unique ability we have developed a game.  He runs for 4 or 5 paces and then has to dive theatrically on the floor.  I pretend to be an ambulance and come rushing up to him.  I check his legs, rub his knees, tickle his tummy, make sure he has still got a pulse and then I put my ear to his mouth to see if he is still breathing.

This usually results in a fit of giggles which proves he is ready to go again.

I put him back on his feet and runs another 4 or 5 paces and then falls to the floor as if he has been shot by a sniper.  I do my ambulance routine all over again and then he is off for another few paces before we he tumbles to the ground and so on.

I must say I am pleased with the results so far and his diving skills have improved dramatically.  I am hoping to get him to start waving an imaginary yellow card in the air for our next step.

So, if in 20 years you see the name of Greene writhing around a football pitch acting as if his leg has just been chopped off, you’ll know who to  thank. 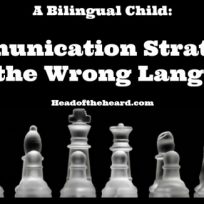 Music Is Our Religion: 8 Great Songs to Play to a Toddler