Home » Blog » General Learning » The Wonders of a Baby’s Universe

I gave up studying physics at school when I was 14.  It was just too difficult and I was much more interested in humanities to bother with all those formulas and everything.  Today, I think it was one of the worst decisions of my life as I love reading about quantum physics, The Hadron collider and the Higgs boson.

And then there is anything with Brian Cox in it, which is just brilliant!

When Mr. T was still a small baby I read an article somewhere about how we are born with an innate understanding of physics.  I am not quite sure how that assertion could really be tested, but I have made a few of my own observations.

I don’t pretend to understand quantum physics, but I think I get the gist of it, more or less.  I would never be able to explain it satisfactorily but I know it’s got something to do with cats in boxes.

When Mr. T was only a few months old I was convinced he had a perfect understanding of quantum physics because he never seemed to be phased by things just appearing or disappearing seemingly at random.  One second his favourite toy would be sitting next to him, then the next second it would have disappeared, and then only a few seconds later it would re-appear.  Everyone else knew that I was stealing it, but he had no idea.

This is one that he is still battling to get to grips with.  He has quite a thing about all types of machine, including the planes that he can see flying past our 19th floor window.  He will often hear the plane and run to the window to wave at it, but when he looks at where it should be it is never there.  We know that the speed of light is faster than the speed of sound, but he hasn’t quite figured that out yet, and so spends a couple of seconds scanning the sky trying to find it. But for a two-year-old light travels in straight line.  We have been learning this by constantly being shocked at shadows.  If we are walking in the park on a sunny day Mr. T will sometimes suddenly stop and shout at me point to the ground.  After a second or two of wondering what he has found I realise he is pointing to his shadow and then we have some fun waving and jumping around to make our shadows move.

Unfortunately, he has also done this at bed time.  The other night I was trying to get him to sleep when he just sat bolt upright in bed and shouted ‘daddy!’ and pointed at the wall.  Again it took me a few seconds to figure out what he had seen, but then I realised that the dim nightlight we have in hs room was casting my shadow on the wall and if I moved just a fraction the shadow moved a mile.

You can imagine how long it took me to get him to sleep that night.

If vovó is standing at 400, what angle do I need to hit her? (Wikipedia)

Ok, so Mr. T isn’t playing with guns yet, or even catapults.  Instead he has a far better weapon to play with: a hose pipe attached to a tap.

My dad first introduced him to the wonderful world of water-based artillery when we were back in the UK.  To start with the effect was just a very wet grandson, but then he found out that by positioning the hose pipe at the right angle he could wet his granddad as well.

Over the last weekend Mr. T proved he hadn’t forgotten these lessons when he was at his great-granddad’s house back here in Curitiba.  This time the target was his vovó.  Mr. T experimented with different angles and heights, but couldn’t quite reach his objective.  After a few minutes of checking and re-checking his experiments he suddenly hit on a great idea and walked forward a couple of metres.

Now his vovó was well within range.  Unfortunately for him she had been watching the experiments with great interest and decided to move out of harm’s way just before the theory could be proven.

As I mentioned above, I love reading stuff about the origins of the universe or watching something with Brian Cox in it.  But over the last couple of years I have learned to look again at the magnificence of life and the universe through my son’s eyes as he sees everything for the first time.

And that is truly brilliant. 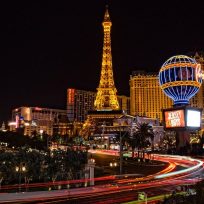