Wednesday 13th March was just as hot and sunny as practically every day since November.  A long summer made even better by the news of the wet and cold winter back home in the UK.  There is a certain amount of vicious glee to be had in watching family and friends struggle through the snow and rain in the dark of a never-ending January, February, March…

Thursday 14th March and the fun is over.  Cloud cover all day, strong and sharp showers.  Slipping and sliding all along the dodgy pavements of Curitiba.  The forecast the same for the next week at least.  Summer has abruptly gone.  Winter is coming.

One word to sum up the weather here in Curitiba is changeable.  The locals like to say that you can have all four seasons in one day and, while the last time it snowed was in 1975, they are not far wrong.  When people think of Brazil they often think of sunshine and heat.  In the summer this is possible, but there is usually a proper old-fashioned thunderstorm at about 5pm to break it all up.  This doesn’t stop the locals complaining about the heat though and hoping that winter is just around the corner.

The winter can be pretty cold with temperatures getting down to freezing, but this is usually compensated for by beautiful blue skies.  The problem is the infrastructure in houses and apartments is woefully inadequate.  Double glazing is either non-existent or so expensive as to be practically so.  Windows rattle when the wind blows because they aren’t fitted properly.  Gaps of 3 cm at the bottom and top of the doors are not unusual.  When the winter is bad it can be warmer out on the street than it is in your flat.  Watching TV means wearing all of your clothes, getting 2 or 3 blankets and turning on the expensive and inefficient heaters.  The locals complain about the cold and pine for the summer to return.

I can handle all of this.  I try not to complain about the weather because it doesn’t really do a fat lot of good.  If I am cold I’ll put on another jumper.  If I am hot, I’ll drink a cold beer.

The problem is with my son.

As well as all the usual parent paraphernalia I also have to go out with three or four changes of clothes just in case the weather is different in a couple of hours compared to now.

These are probably not unique problems, nor I daresay even unusual ones.  The thing that gets me though is the state of the houses and the flats.  Having a heater on during the night is just asking for your little one to want to play with it.  Force 9 gales coming under the bedroom door because of the gap are just a bad idea.  When you just get a room warmed up, somebody will walk out and not close the door.  In the summer, when I put him to bed at 8pm, it is hot, but by 4am it is pretty chilly.  How do I clothe him for both?  Especially when he refuses to let a blanket stay on him for  more than 2 minutes.

I know that this isn’t the worst problem ever, and the situation is the same for lots of people in many different parts of the world.  I just wish that somebody would close the bloody door after them! 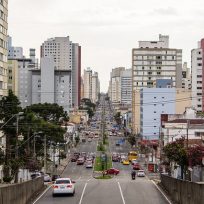