What do you do with a toddler on an afternoon when you have got nothing planned, but your pride and joy is going stir crazy in the house?  The weather probably isn’t good enough to slap on shorts and T-shirts and just play outside in the garden, but it isn’t absolutely tipping it down or below zero either.

In the UK the answer is pretty easy: get some stale bread and go and feed the ducks at the local pond.  And it isn’t just ducks, but also geese and swans who just love the taste of stale bread.

It was one of the great pleasures of our recent trip back home, and one we indulged in quite a bit.  Our son, Mr. T, not only had a whale of a time with the ducks, he also found muddy puddles to fall over in, sticks to walk with, stones to throw in streams and, on one special occasion, even a few fairground rides to play on.

We were happy because an hour or two outside calms everyone down and helps to burn off some of that excess energy every two-year-old has and so make sleep a bit easier in the evening.  Apart from having some bread to hand, it didn’t require any forward planning and there is almost nothing quite like watching a child gain enormous pleasure from jumping up and down in a muddy puddle.

Luckily, Mr T is still too young to wonder what the male and female ducks were getting up to as they made all that noise in the bushes, but it brought a smile to my face.

For us, there was also a whole host of language learning opportunities.  This was where Mr. T learned to shout out ‘Muddy puddle!’ tell the ducks to ‘Stay in the water!’  and practise some imperatives as he ordered his nana to follow him wherever he wanted to go. No gaggles of ducks in Brazil (Wikipedia)

But now we are back in Brazil and, unfortunately, there just isn’t the same culture of going to the park and feeding the ducks.  There are a few parks near us with water birds, but I have never seen anyone bringing their own bread, so I don’t feel right doing it.

Maybe people don’t feed ducks here because it is bad for their diet.  Or perhaps the ducks wouldn’t eat the bread because they wouldn’t have a clue what we were doing.   Or is there a possibility that it could upset some precarious ecosystem between the ducks and who knows what?  Or is it just the fact that they have different water birds down here?

Whatever the reason, feeding the ducks is something that both my son and I are missing.  But then again, it is just another reason to plan the next trip back to Birmingham. 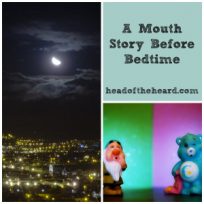