Part of the thing about raising a kid to be bilingual is that it often involves at least one of the parents living in a different country.  So not only are there the normal problems (and opportunities?) associated with raising a family, but there are also language and cultural problems for the parent or parents.

In my case I am the parent who is dealing with all the excitement of living in a different place.  Over the next few weeks I am going to be writing a little bit about what it is like to be a foreign parent living in Curitiba, in the south of Brazil.  There will be a few rants as I give vent to some stuff that really gets on my nerves, but hopefully I will also be able to reflect on the positive side of living in this city.

Before I get in to all that, it might be worthwhile giving a bit of my background to try to put things into context.

I first came to Curitiba about 14 years ago to teach English at a small school called Liberty.  Prior to that, I had taught English in both Poland and Taiwan.  Towards the end of my contract here I met a girl who, many years later, I ended up marrying.  Between meeting her and marrying her we lived in the UK and Curitiba.  She also had a spell of nearly 2 years working for the OAS in Washington D.C.  During that time I also managed to pass my Trinity College Diploma in Teaching English to Speakers of Other Languages and get an MA in Linguistics from The University of Birmingham.

When we got married we decided to live in Curitiba, but soon after she got a job in Rio de Janeiro and we spent almost 5 years there, working and partying and generally having a good time.  At least I had a good time because my wife hated the heat and chaotic nature of Rio.

When my wife got pregnant we decided it would be much better to come to live in Curitiba for free babysitting and because the cost of living is so much cheaper than in Rio.  There is also a belief that Curitiba is safer than Rio, although I am not sure I agree with this idea.

So, about 18 months ago we came back to Curitiba and then the little bundle of joy that is Thomas arrived. And then my life changed irrevocably, and I won’t say if it changed for the better or worse. 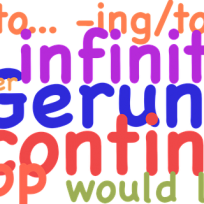