A week to go until the big day when Brazil kicks off the World Cup.  There are another 4 days until the city I live in hosts its first game, and they are going to need every last-minute of it because they are still working furiously away on the stadium and the surroundings as I write this.

But the state of the stadiums is not my big fear.  A couple of them might not be perfect and make use of temporary structures, but that isn’t the end of the world.  Neither is the fact that only a few of the stadiums will have wifi and so fans will have to rely on the mobile networks to post their selfies.

Nor am I too worried about transport problems.  The people who matter (the players) will get to where they have to go to, and the fans will probably be a bit delayed, but unless they are travelling at the last-minute they will see the games.  There might be a bit of stress involved, but that’s what you get when you travel around such a big country.

Some people have suggested crime might be a problem, and yes, if you are in the wrong place at the wrong time you might be a victim.  But, to be honest, this could happen anywhere.  So long as you don’t wear your Rolex watch and flash the cash you should be ok.

There will be some, or a lot of, protests.  This should be good and not a problem for the staging of the tournament.  I am glad that Brazilians have started to take matters into their own hands and protest about what they see as unfair conditions in the country.

My big fear, though, is related to the protests.  It is the way the authorities deal with protestors and large group of (often drunken) fans.

The police in Brazil are under-trained and badly prepared to deal with large groups of people.  They are also, more often than not, pretty badly paid and over-worked which doesn’t help matters.  Their default setting when dealing with large groups of people who are not acting in exactly the way the authorities would like is to shoot first and then deal with the consequences.  The way they reacted to the start of the protests last year only served to fan the flames of indignation among a large part of the population.  they tried to control the message and blame the demonstrators, but forgot that people have access to videos on their phones and were shown up to be the liars they are when images quickly flashed all over youtube and the rest of the internet.

Brazilians know this.  Most Brazilians have a healthy fear of the police which means they do anything possible to not be in the same vicinity as them.

But the foreign fans probably don’t know this.  I can see drunken English fans, with their reputation for hooliganism, intimidating a few police, whose only answer will be to fire rubber bullets into the crowd to disperse them.  I can imagine German fans not wanting to leave a city centre square after a resounding victory and the police encouraging them to do so with liberal use of pepper spray.  How the fans would react to this escalation in violence I would not like to guess, but I can guarantee that the police and friendly media organisations will blame it all on the fans.

I hope I am wrong.  I hope the different sets of Military Police (they don’t police the armed forces, they are the police in a military structure) the state police, municipal police and all the soldiers on the streets will be able to manage both the protestors and the foreign fans sensibly and calmly.

The police are my one big fear.

A video purporting to show some police reaction from the start of the protests a year ago. – Salad Uprising

Can Brazil’s Police Keep the Peace? – A Brazilian Operating in This Area 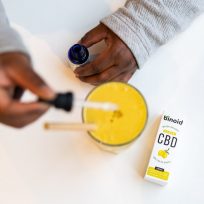