Music is very important in our family.  I can’t play an instrument to save my life, and my singing voice is even worse, but I have always been around music, including being a roadie for my friends’ band, The Sherbet, when I was a teenager.  I realise that the main reason I was a roadie was probably the fact that I was one of the only ones with access to a car, but still.

My wife learnt the piano as a kid and, although she doesn’t really have the time to play anymore, can still play the odd tune every now and again.  She has an old electric keyboard that was gathering dust in the attic until I decided to drag it down one day and see how Mr. T would take to it.  Once again, it was a decision that showed just what a great dad I am.

He enjoys nothing more than banging away at the keys and making an unholy racket.  He seems to think he is the next Beethoven, and even copies his other by looking at the sheet music before slamming down on as many notes as possible.

He expects others to appreciate his efforts.  If we are not paying attention to him, which is difficult now that he knows where the volume button is, he will shout at me ‘daddy, dance!’  And then I have to shuffle around the living room as if it were the Stone Roses themselves playing live just for me.

The best thing about it, though, is the pre-recorded tunes that are on the keyboard.  The first tune in the program is the theme from the Star Wars films.  I haven’t shown him the film yet, and I won’t for a few years yet, but I am hopeful that when he does get around to watching to them the tune will be so ingrained in his memory that he will instantly love the film.

Unpaid Promotion for a Very Good Cause

My friends from The Sherbet will be playing a reunion gig at the Hare and Hounds in Kings Heath, Birmingham on May 30th.  It will be a sort of collective 40th birthday celebration as well as a way to raise money for Little Hearts Matter, a charity that helps babies born with heart problems.  If you are in the area you could do a lot worse than get along and check them out. It is bound to be a good night and it is for a good cause (the charity, not the 40th birthdays).  I wish I were back in Brum for it, but maybe I’ll be there for the 50th birthday celebrations. 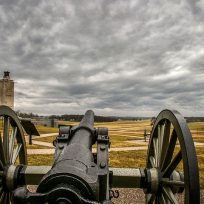